Nigeria will remain a Sick Giant as long as it is perpetually bedeviled and plagued by grotesque incompetent leaders suffering from historical amnesia.

We will continue to progress retrospectively with abysmal ridicule from lesser countries.

Nigeria can rise again and take her place if our demographic mediocrity and parochial loyalty to individuals in power is subordinated to true nationalism; consciously and conscientiously buried.

Nigeria is merely floating at the moment. The crop of officialdom we have are nothing but a Tsunami to this raped Nation.

Nigeria has everything required to lead Africa. We have the intellectuals, we have the wealth, we have great men and women with vision; but focused and visionary leadership has remained a challenge since independence. Ethnicity, religion, zoning and primitive partisanship has continued to hold us back.

Nigerian has lost her birth-right and big brother status. We pray our children in their own generation wakes up the sleeping giant. 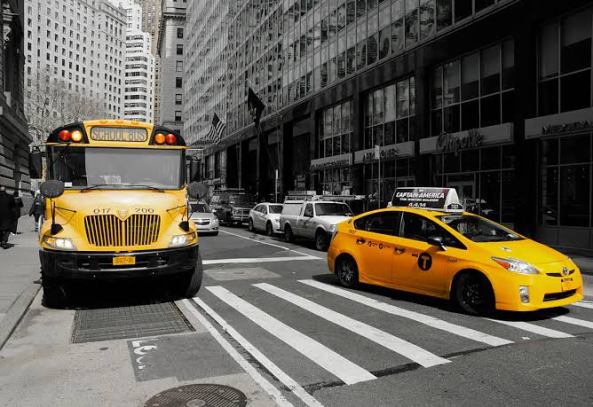 I have come to understand that we have two (2) kinds of people in this world;

A Taxi Driver doesn’t have destination. His movement is determined by the people he meets on the way. Even if he’s coming from a particular address and meets a passenger heading the same way, he will make a U-turn and head back there.

A Bus Driver has a route, a destination. If u aren’t heading his way, he won’t pick u. If u mistakenly get on board without checking with his conductor, you will either get off after paying the fare or end up in his destination

Is your life determined by people’s choices or yours?

Are you a bus or taxi driver?

Have a great week

Mistake #1: Focusing On Events, Not Feelings

We women are taught to believe that events, and the time we “put in,” MEAN SOMETHING to a man. If he’s introduced us to his family or friends at work we’re on cloud nine. We think of these as “milestones” moving us closer to commitment and marriage. And we couldn’t be more wrong.

Time means NOTHING to a man. Sometimes, being in a comfortable HOLDING PATTERN with us is EXACTLY what he has in mind! They spend time with us, but then they go and commit to someone else.

Unless we can get into our man’s heart, and let him into ours to create a deep emotional bond, we DOOM ourselves to a superficial level that will never lead to a lifelong commitment.

…women focus on getting a man to be exclusive – but this is only a temporary state. Instead, you need to focus on getting him committed…
How many of you have been comfortable in a relationship, only to have the man you are with meet someone else, or tell you he’s “found someone who really gets me.” How can it be that a man who is exclusive with you can “fall for” someone else so easily? It’s because he was not committed to you.

Mistake #3: Talking About Your Relationship, Not Creating It

Often when women feel their man becoming distant, they decide to TALK to him about it. To ask how he’s feeling, why he’s acting this way, or where the relationship is going.

When you talk to a man about your relationship, you have the OPPOSITE effect on him than you intend. Though we often hear men say how much they hate how “emotional” women are – this is exactly the part they CRAVE. They are so stuck in their brains, so much of the time, that if we’re stuck in ours, they can’t connect to us.

Every time we TALK about the relationship, it feels to him like a laundry list of to do items instead of INSPIRING a man to want to be with us.

Mistake #4: You Panic… He Leaves

Because we know that “Lifelong-Commitment” is a frightening thing to a man, we’re often afraid to say or do anything that might scare him more.

It’s easy to get paralyzed by fear and anger and stop being ourselves. We stop being the fun, relaxed women who he originally fell for who made him great before.

Posted from WordPress for BlackBerry.