There was an aged artist who lived in a small village. The man used to design beautiful artistic works to be sold at an attractive price

One day, a poor man among the villagers challenged the old man saying: You earn a lot of money from your handiwork but why don’t you assist indigent people in the village?

Cant you see the butcher who is not as rich as you are, but still shares free meat to the destitute people in the village.
Also, look at the village baker, a poor man with a large family, yet he gives the poor people free loaves of bread.

The artist did not respond angrily to the challenges, rather just smiled .

The poor man was so confused about the reaction of the artist so he left him and went out spreading rumors that the artist was so rich, but he was a stingy person who only accumulated wealth and refused to help less privileged. The entire villagers took vengeance, they broke away from the old artist man and they all forsook him.

In a mean time, the aged artist was sick but nobody among the villagers cared to visit him, therefore he died a lonely man.

The days passed by, the villagers observed that the butcher stopped free distribution of meat and the baker could not give the destitute people free loaves of bread any more, despite their continuous trooping to the bakery and their hope to have something to eat.

When both (the butcher and the baker) were asked the reason behind the sudden cut off of the welfare to the villagers, they said that: ” the elderly artist who used to donate a large sum of money every month to share free meat and loaves of bread to the poor people in the village has died, so the welfare has to stop.”

Actually, many people may have wrong impression about you while others may have different opinions, none of them could benefit nor harm your good intention.

Therefore, don’t pass judgment on any one based on his physical appearance. There are things about his personal life, if you were privileged to know, your judgement would surely be different.

For example, a man died at nightspot/ dance hall.

The other person died in the mosque/Church.

The second person entered the mosque/Church to steal money or bags.

For this reason, you and I can not decide who enters heaven nor who enters hell-fire. Fear God in privacy and fear God in the open. Human physical appearance is a deception, therefore, forgive, pardon and ignore people’s iniquities. Pray for God’s guidance on erring people. Be good to everybody, don’t cut off your relationship with a person who does not please you. Establish unity and harmony with people, God will love you and people will love you too. The Lord Who created the souls, knows what the souls conceals.

I got this from Creflo Dollar ministry Weekly grace and I will love to share with my readers.

The title of today’s devotional may have piqued your interest.

Many times in relationships, especially marriages, people focus on themselves and what they are getting from their spouse with very little time spent considering how they may be causing or perpetuating some of the issues in their relationship. Most, if not all, of the issues stem from self‑centeredness. Self-centeredness opens the door to grief, offense, hurt, and many other problems, including these seven ways that many husbands and wives injure each other:

Seven ways a wife injures her husband unknowingly:
1. Putting him down and criticizing him in front of others
2. Going behind him when he does something at home
3. Badgering him constantly
4. Using the “you always” phrase
5. Holding him responsible for her emotional well-being
6. Complaining about what she does not have or does not get to do
7. Showing no appreciation for his efforts

Seven ways a husband injures his wife unknowingly:
1. Cuts her out of the discussion
2. Fails to notice the difference she makes
3. Underestimates the small things
4. Speaks curtly or rudely, talks down to her
5. Corrects her as she is talking
6. Acts suspiciously or tries to hide information from her
7. Admires other women over her

When we are self‑centered, we ignore the needs of others and only focus on our own. Husbands and wives can injure each other without being aware of it because all they are focused on are themselves, rather than the other person in the marriage. Take some time this week to disregard what has been said or done to you and really consider the other person’s needs. Commit to allowing God to use you to be a blessing to them however He sees fit.

Prayer for Today
Father, we humble ourselves under Your mighty hand, asking You to use us to be a blessing to our spouse or loved one this week. Show us ways to honor and not hurt them, regardless of what they have or have not done. Help us walk in love and forgiveness. We can do nothing apart from You and we believe that, as we walk in love, they will experience who You are in us and be forever changed for the better. It is in Jesus’ name that we pray and believe. 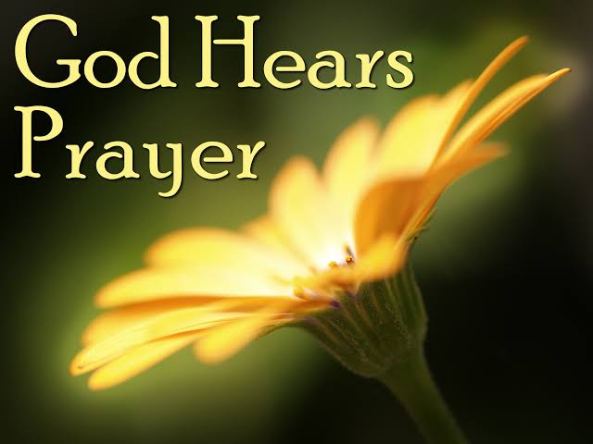 As a carpenter went home after shutting down his workshop, a black poisonous cobra entered his workshop.

The cobra was hungry and hoped to find its supper lurking somewhere within. It slithered from one end to another and finally bumped into an axe and got very slightly injured.

In anger and revenge, the snake bit the axe with full force. What could a bite do to a metallic axe? Instead the cobra ‘s mouth started bleeding.

Out of fury and arrogance, the cobra tried it’s best to strangle and kill the object that was causing it pain by wrapping itself around the axe.

The next day when the carpenter opened the workshop, he found a dead cobra wrapped around the axe blades. The cobra didn’t die because of someone else’s fault but faced these consequences merely because of it’s own anger and wrath.

Sometimes when angry, we try to cause harm to others but as the time passes by, we realise that we have caused more harm to ourselves.

For a happy life, it’s best we should ignore and overlook things, people, incidents, affairs and matters.

It is not necessary that we show a reaction to everything. Step back and ask yourself if the matter is really worth responding to .

People who show no inclination to change, are best handled with  prayer.

WORTH SHARING!!!!
Good day my friends.

People may have disappointed you, betrayed your trust, hurt you badly, break your heart and even make you question yourself…..But you must learn to accept the fact, that some people may never fully come to understand how much damage they may have caused you or others close to you by reason of their actions or inaction; as such you don’t have to stay damaged, hurt and in pain. There are times when we must accept that people are exactly who you hoped they wouldn’t be…Yes I know, you may have been hurt so badly by their actions, Yes I know, that sometimes its not what happened that hurts the most, but rather its who did it that breaks you, but you still don’t have to stay broken. The best revenge is being whole again. Its time to let go of the hurts and pain, its time to free your heart of the bitterness and anger you feel. Its time to be you all over again; Being hurt, offended or angry doesn’t give you an excuse to become the person you were not meant to be; You don’t have to let an emotion change your character..You don’t have to be the person who keeps a grudge against someone else regardless of how much hurt they may have done; you got to be smart!!…. you got to learn to let go… Letting go is freeing your self from bitterness and pain, Letting go is choosing not to let the hurt define your character, Letting go is refusing to let the negativity steal your joy. Life is too short to be intentionally unhappy; Decide today to be happy, Decide today to free yourself from the hurts! Your life can be better!